Vault #38: The Raconteurs Consolers of the Lonely 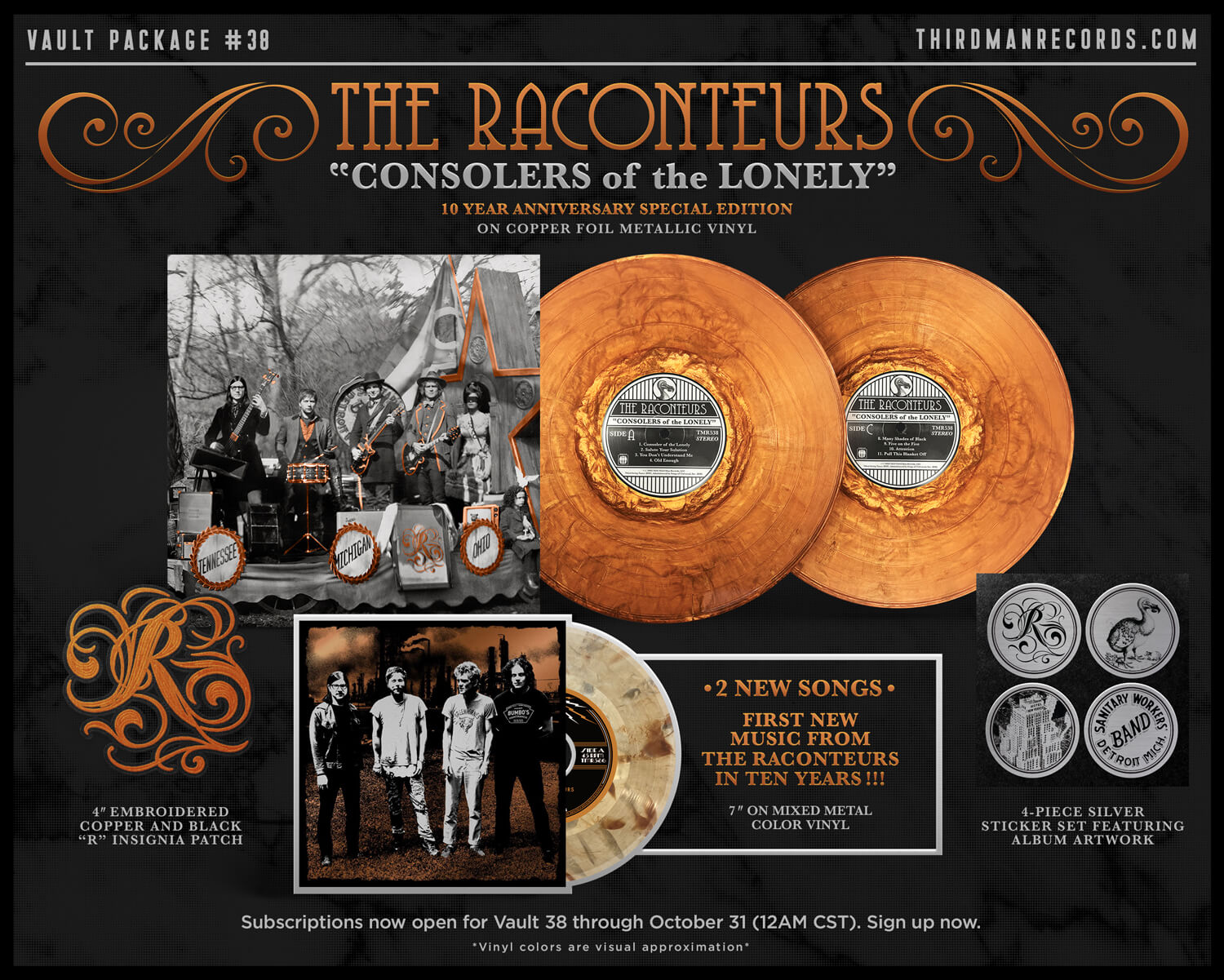 "Daddy, will you tell me the story about the chickens again?"

Inauspiciously, in an off-the-mic comment, begins the wonderful opus of Consolers of the Lonely, the critically-lauded, fan-adored, Grammy Award-winning sophomore LP from the beloved quartet known as the Raconteurs.

Before surprise releases were common, the Raconteurs ambushed the world with the sudden, unannounced release of Consolers of the Lonely on March 25th, 2008… a time when coordinating a worldwide physical and digital surprise release was even less easily accomplished than it is today.

Internally referred to as “The Plug-Ins” at Warner Brothers so as to prevent information leaking, the album takes its title from an inscription on the frieze of a Washington D.C. post office and finds the Raconteurs at their mightiest, exploring what it means to be a rock band in the classic sense, full-on bombastic horn arrangements and gut-wrenching murder ballads sit side-by-side and while the swagger and confidence of riffs and licks for days firmly establish this album as one of the pre-eminent releases of the aughts.

To celebrate ten years since the release of Consolers of the Lonely, Third Man Records is beyond honored to reissue this noteworthy album. Pressed on incredibly unique magnificent copper foil vinyl, this is the first time the double LP has EVER been made available on colored vinyl. Coupled with a slightly re-imagined front cover highlighting new metallic accents to the iconic tintype image (after all, tin IS the traditional gift for a 10 year anniversary), this release was mastered directly from the original 1” master tapes and lovingly pressed at Third Man Pressing in Detroit, Michigan.

For our 7" for this package, we have something very special: the first NEW songs in ten years from recent sessions that will ultimately result in a new Raconteurs album in 2019!! That's right, we're not giving you track titles or even letting your hear a snippet. You'll have to wait until this package hits your doorstep.

The time for you all to get pretty dang excited about what is to come next year begins right... NOW!

Lastly, this very special Vault celebration of all things old and new of The Raconteurs will include a 4"x4" Copper and Black "R" Insignia embroidered patch for your rocker jean jacket and a set of four 2.5" Brushed Silver stickers featuring art from Consolers of the Lonely. 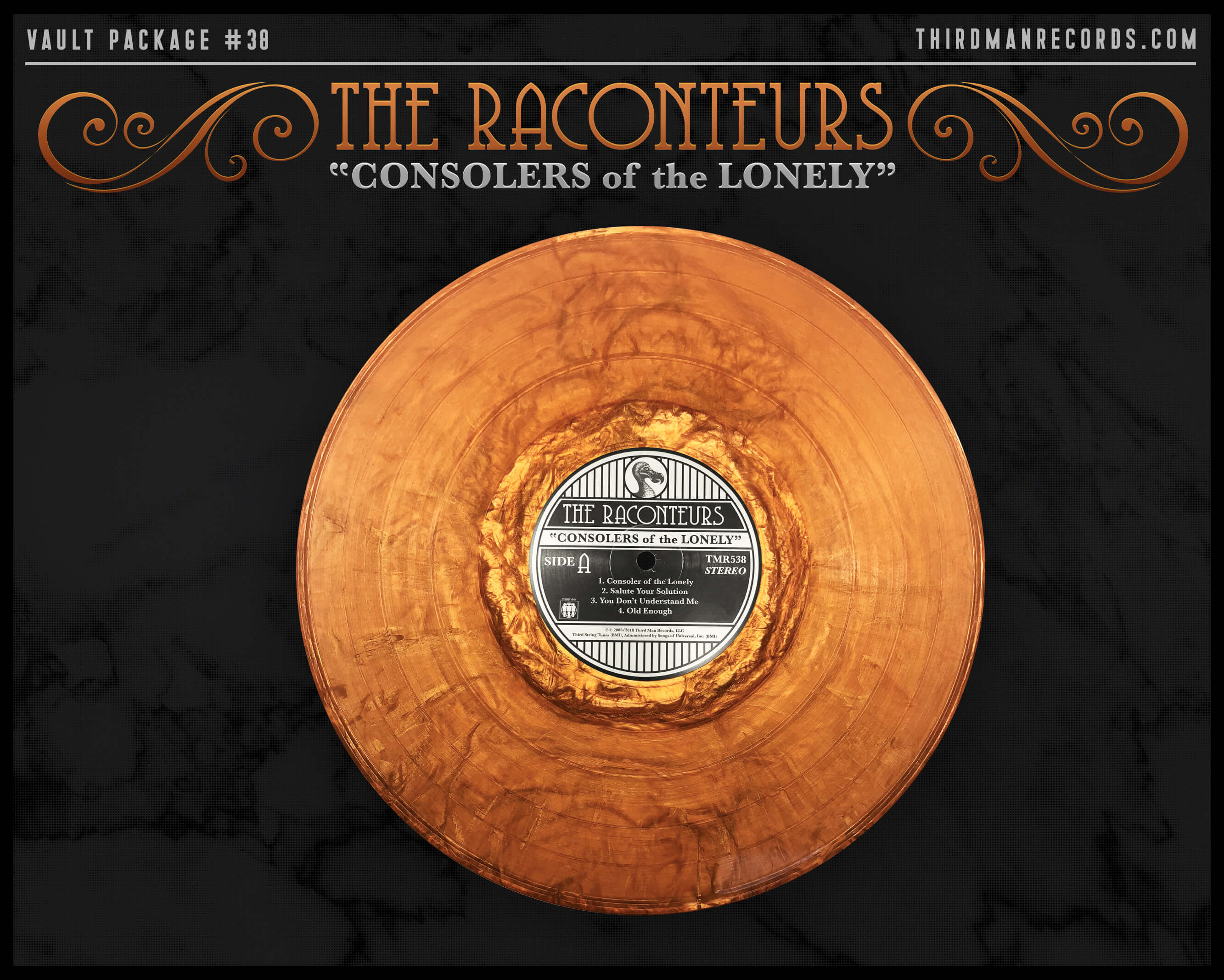 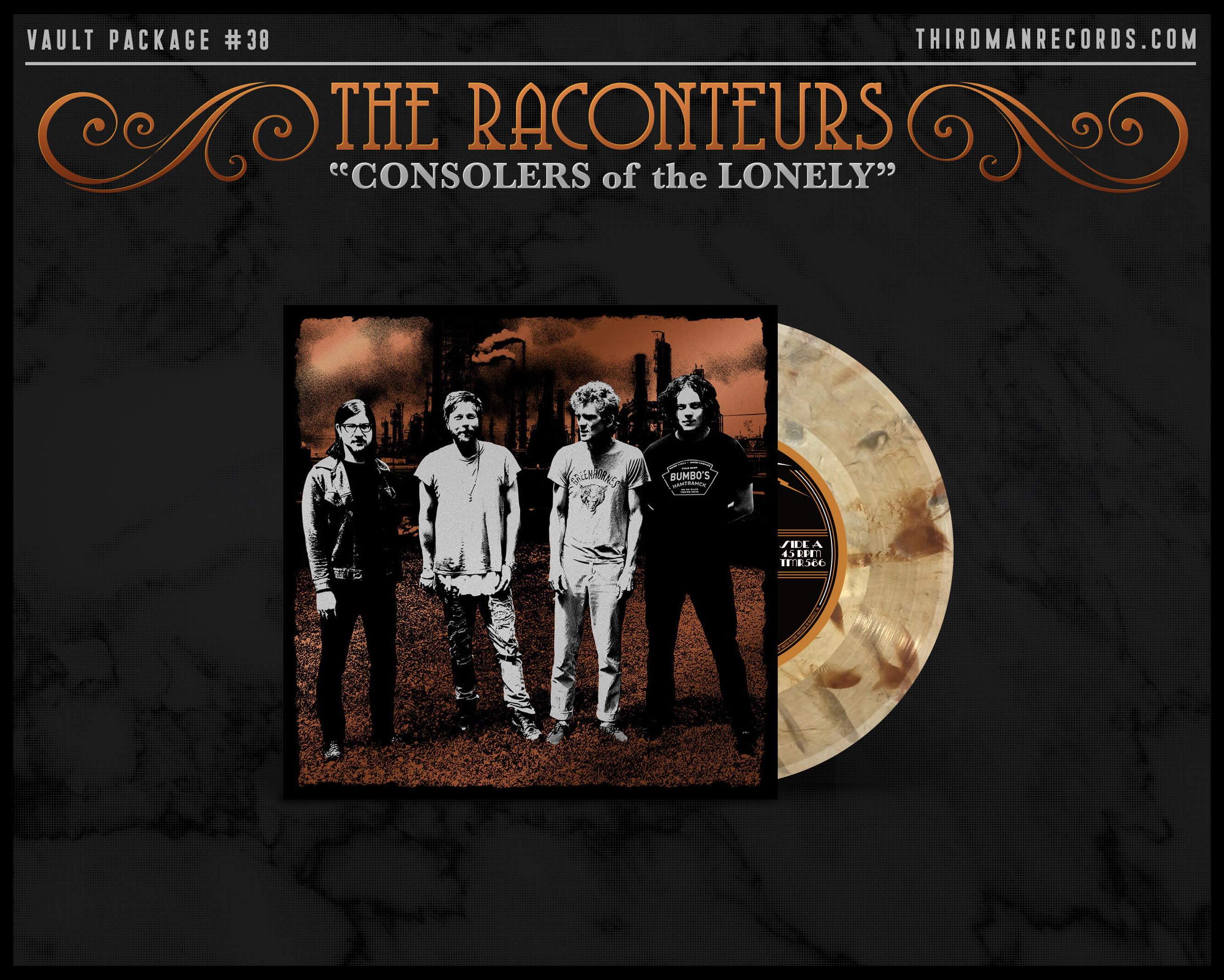 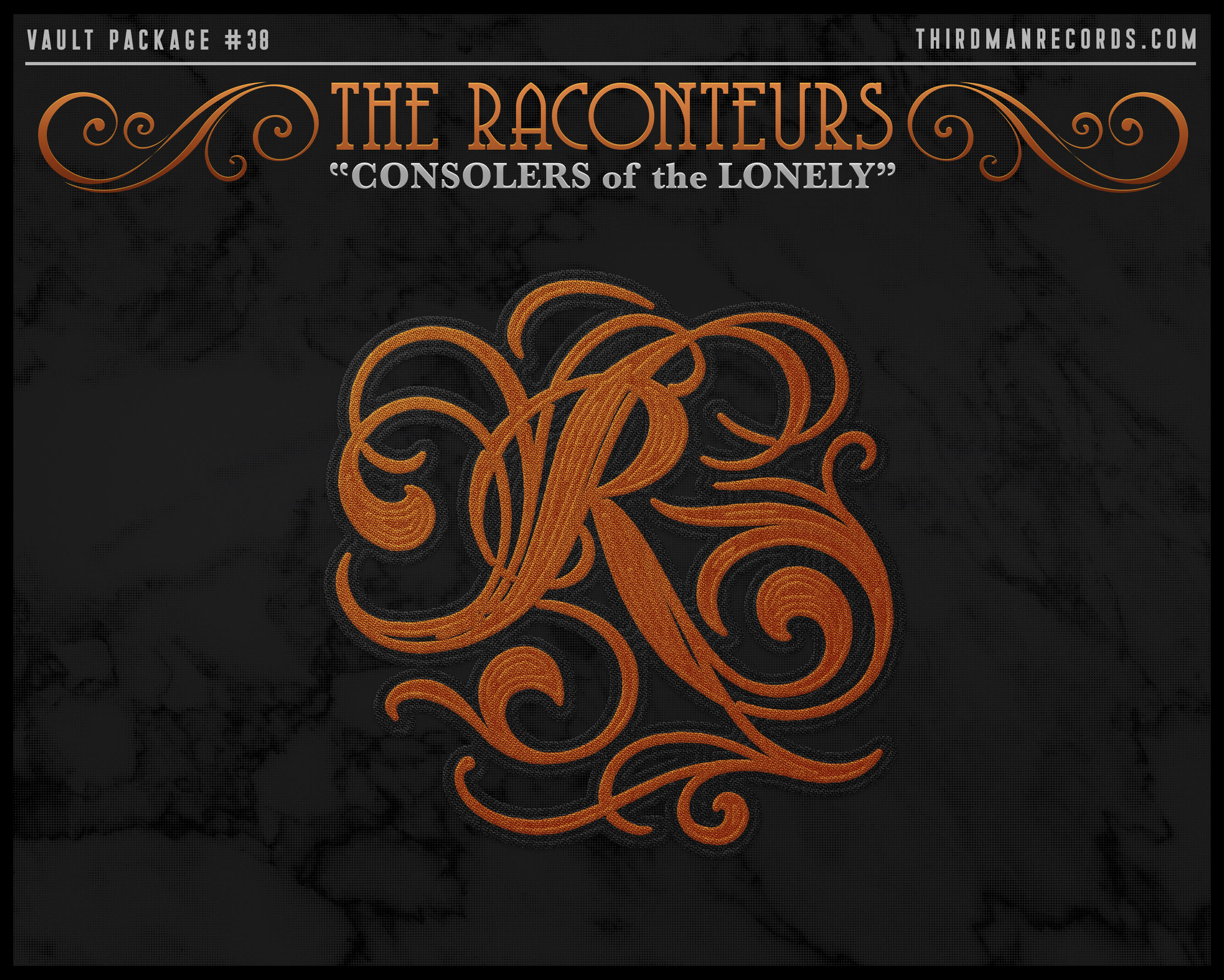 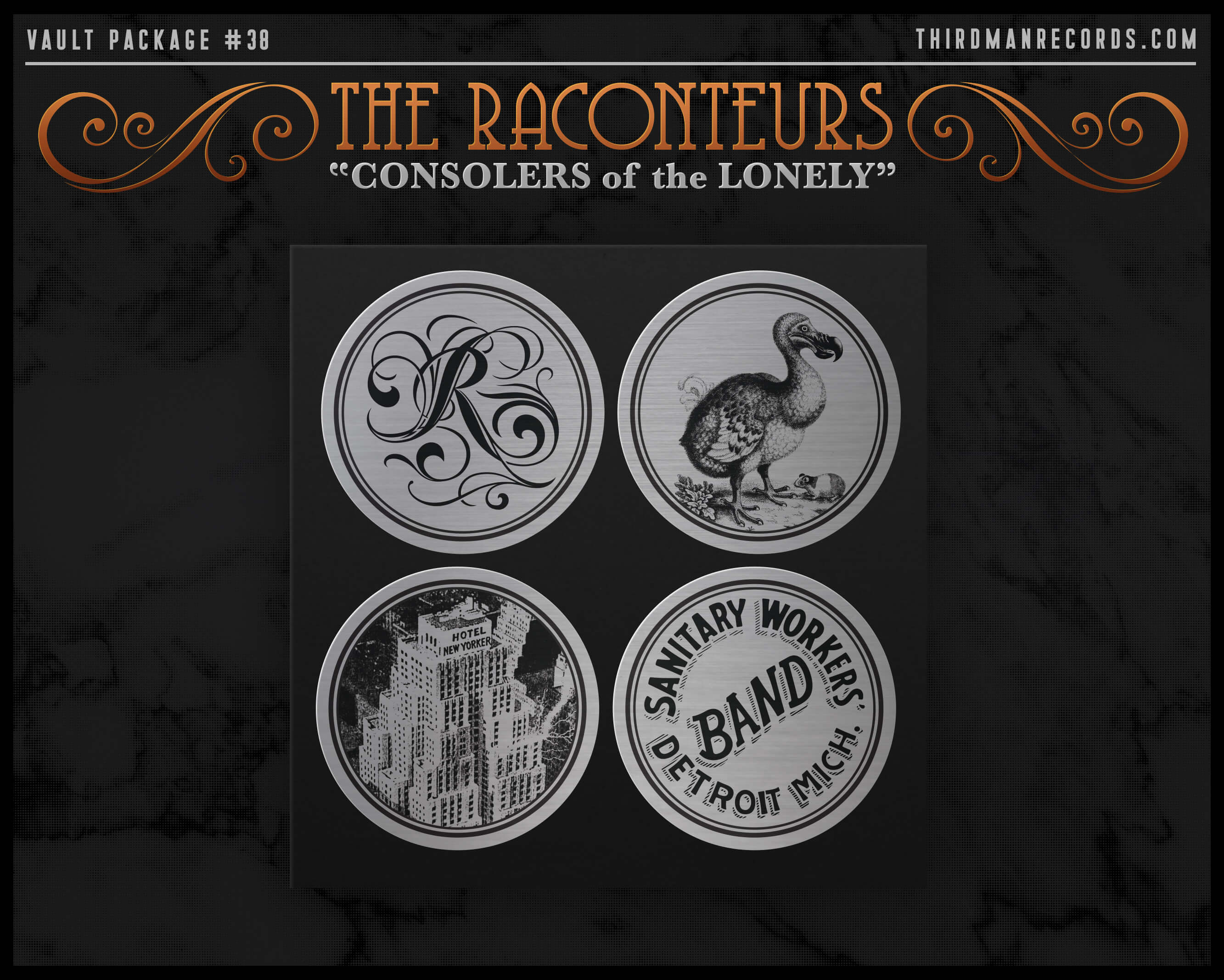